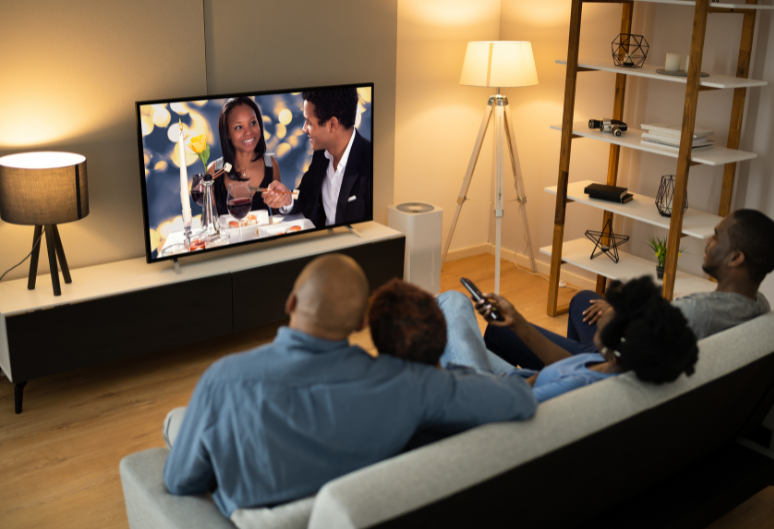 The first motion picture to be recorded was in 1878; it was 2.11 seconds long. And the first feature-length film, The Story of the Kelly Gang, was released in Australia in 1906.

From there, the movie business exploded into a 91 billion dollar industry! With that much reach, it makes sense that movies have influenced our culture.

Classics like The Wizard of Oz, The Godfather, and Psycho are still popular today.

And movies aren’t just entertaining, they can be a form of self-care.

What’s more, movies with inspirational content may motivate us to strive for our goals. Films with socially relevant themes can even help us challenge our beliefs and learn new things.

Today’s seniors are among the first of us to experience true, widespread movie magic.

So, to encourage our senior readers to practice some cinematic self-care, here’s a list of movies that’ll delight and spark nostalgia.

Grab some popcorn, dim the lights and escape into another world.

Retired talent agent Al Hart (Chevy Chase) reunites with his first client Buddy Green, an ex-comedian who quit the scene 50 years ago. Al convinces Buddy to revive his comedy career and the pair hit the road on a cross-country tour full of antics.

Cyber Seniors is a documentary that follows a group of seniors as they navigate a technologically advancing world. With the help of their teenage mentors, the group learns about the internet and makes connections both on and offline.

Three long-time friends were wronged by their company, surviving check to check on social security checks, plot revenge. Desperate to help their families, they plan a heist to rob the bank that’s been stealing their pensions. The only problem is, that they have no idea what they’re doing. Starring Morgan Freeman and Michael Caine, this crime comedy is sure to bring equal parts thrills and levity.

In small-town Colorado, long-time neighbors Addie Moore (Jane Fonda) and Louis Waters (Robert Redford) are dealing with similar circumstances. Both widowed with children who live far away, they’re navigating life solo. When Addie stops by Louis’ house looking for a connection, the pair starts a heartwarming friendship turned into romance.

This documentary chronicles the first-ever seniors’ hip-hop team for the New Jersey Nets basketball team. Follow the new dancers through their ups and downs, from try-outs to center stage (court) fame.

This movie adaptation of the Broadway play of the same name details the lives of the Four Seasons rock band. Follow Frankie Valli and co. through scandals, failure, and their rise to stardom. And do it all while grooving to top tunes like ‘Sherry” and “Big Girls Don’t Cry.”

Up is a widely popular animated movie from Pixar Animation Studios. The main character, widowed balloon salesperson Carl Fredricksen, has lived a long life with his wife Ellie. Ever since they were young, they dreamed of visiting the fictional Paradise Falls (based on Angel Falls in Venezuela). When Ellie dies, Carl turns his house into a balloon ship and sets out for Paradise Falls, and unexpectedly brings a young stow-away with him.

Sometimes, self-care means exercise, accountability, and routine. But other times, all we need to do is put on a good movie, and get lost in the storyline.

Next post Anxiety in Older Adults: Ways to Overcome It

5 Ways a Caregiver Can Practice Caring for Themselves

6 Excellent Ways to Inspire Action in the Community

Fear of Dying in the Elders

Cognitive Health in the Elderly