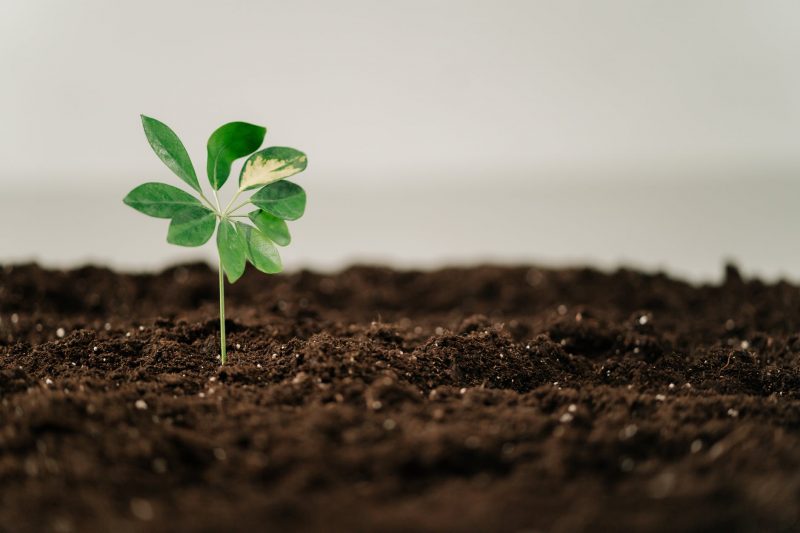 The short answer; no. Recent research has discovered that reforesting all of the places where deforestation has taken place, such as the Amazon rainforest, the Congo, India or Indonesia will not be enough to stop climate change.

Tropical forest trees, like every green plant, take in carbon dioxide and release oxygen during photosynthesis. When trees are cut down and then burned or left to rot, the carbon they store (which helps them to grow) is released into the air as carbon dioxide. This is how deforestation is directly contributing to global warming. These forests are cleared by humans for any type of agricultural purposes, but mainly for beef, soybeans, palm oil, and lumber.

Because cutting down these trees is pushing so much carbon dioxide into the atmosphere, planting new ones will not be enough to counteract global warming. The new tropical trees would store an extra 124 billion tonnes of carbon by the year 2100, and the carbon in the atmosphere would drop by 18 billion tonnes –but this is only 2 years’ worth of carbon that humans produce in emissions. So 80 years’ worth of planting new trees will only cut back 2 years’ worth of carbon emissions. So while it IS worth doing, even for small success, it’s not enough to save the world on its own. Why?

The researchers found that other parts of the Earth’s ecosystem will counteract the effect of the new tree growth. If we reforested all of the tropics, the oceans, soil, and vegetation that are currently absorbing carbon dioxide would suddenly absorb less. So the best way to truly stop climate change is to stop emitting carbon into the atmosphere in the first place. We don’t need to plant new trees – but keep the ones that already exist.

Our best focus is not on reforestation – but on reducing deforestation. Tropical trees are home to so many unique species of plants and animals that are at risk of extinction due to chopping down their natural habitats. They are crucial sources of food, medicine, and clean drinking water for people in developing countries. Tropical forests also help regulate rainfall to prevent floods, droughts, and make important contributions to saving biodiversity and supporting sustainable development.

What can we do to stop deforestation?

Advocate for less corporate deforestation. Public action and activism lead the way to create global change when it comes to big businesses taking advantage of our planet for profit. Public protests, online activism, and social media campaigns against big businesses who are contributing to climate change are somewhere we as consumers have a huge say.

Contacting state representatives to take a stand against deforestation and asking them to hold companies who break carbon emission laws accountable. It is our responsibility to make sure our planet stays inhabitable and our ecosystems remain intact! Fighting businesses that would put their profits over our planet is our best opportunity to do this.

Previous post What Is the Difference Between “Healthy” and “Unhealthy” Self-Care?

Essential Community Service for the US elderly – “211”

8 Tips for Traveling with Pets: A Quick Flying Guide

Red Flags Your Senior Loved Ones Needs Help With Finances

No More Excuses to Exercise